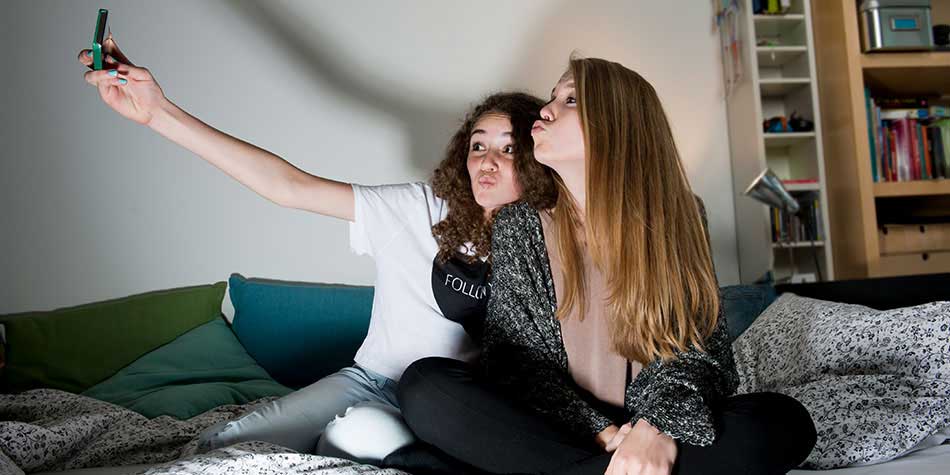 For kids and teens, social media is an essential part of their lives, much the way telephones were important to us at their age.

About 90 percent of teens have used some form of social media and 75 percent have a profile on a social networking site, experts say. More than half of all American teens visit social networking sites every day. These numbers are way up from just a few years ago, and there's almost no chance of them ever coming down again.

There are plenty of good things about social media — but also many potential dangers and things that you want your kids and teens to avoid. They don't always make the smartest choices when they post something to a site like Facebook or YouTube, and sometimes this can lead to problems. So it's important for parents to teach their kids how to use social media wisely.

The good news about social media

The bad news about social media

Social media can be a hub for things like cyberbullying and questionable activities. Without meaning to, kids can easily share more online than they should and make themselves easy targets for online predators and others who might want to cause them harm.

What parents can do

It's important to be aware of what your kids are doing online, but prying too much can alienate them and damage the trust you've built together. The key is to stay involved in a way that makes your kids understand that you respect their privacy but want to make sure they're safe.

Here are some helpful hints to share with your kids if they’re online:

So, how can you drive these messages home? One way is to make a "social media agreement" with your kids — a real contract they can sign. In it, they can agree to protect their own privacy, consider their reputation, and not give out personal information. Furthermore, they promise to never use technology to hurt anyone else (through bullying or gossip).

In turn, parents agree to respect teens' privacy while making an effort to be part of the social media world (this means you can "friend" and observe them, but don't post embarrassing comments or rants about messy rooms).

Parents also can help keep kids grounded in the real world by putting limits on media use. Keep computers in public areas in the house, avoid laptops and smartphones in bedrooms, and set some rules on the use of technology (such as no cellphones at the dinner table).

And don't forget: Setting a good example through your own virtual behavior can go a long way toward helping your kids use social media safely.

Back to School – What Parents Need to Know

August 27, 2018
Whether their summer was jam-packed with activities or filled with complaints about being bored with nothing to do, kids often have a tough time...
Previous Post
Fairview Park Hospital

August 23, 2018
School supplies and new clothes aren't the only back-to-school essentials. Childhood vaccinations also top the list of must-haves.
Next Post
Back to blog home

How to Spot the Warning Signs of Heat Stroke

Is your job a pain in the back?

The Aftermath: How To Recover From A Hurricane